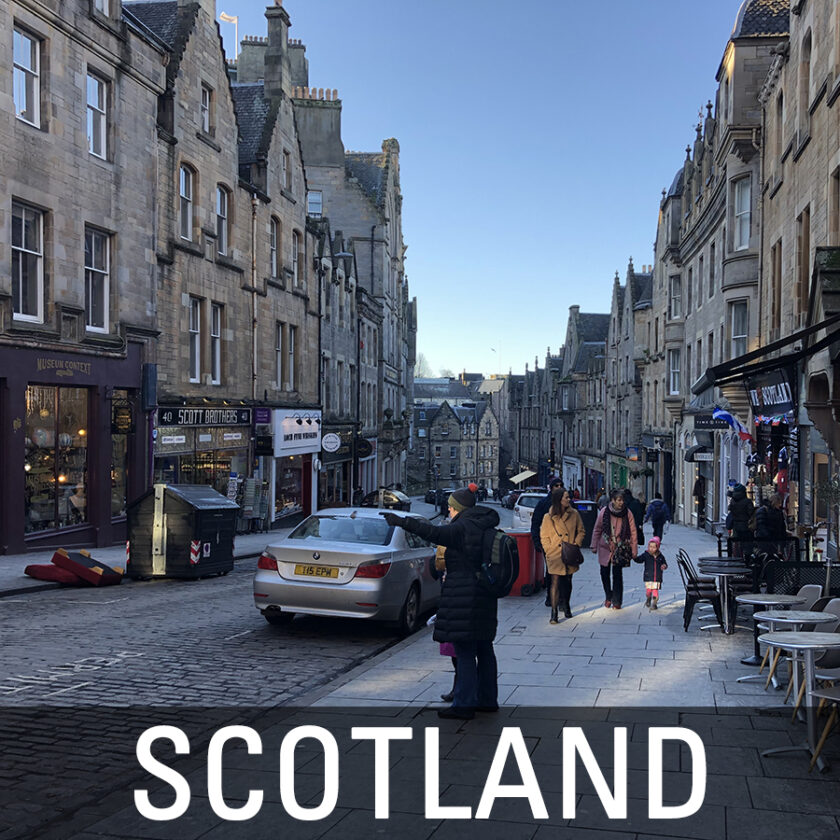 Edinburgh is a beautiful, historic city. King James of The King James Bible fame was born to Mary, Queen of Scots in Edinburgh Castle, a huge complex overlooking the city. The United Kingdom is not really known for its culinary prowess, but the food here is quite good. One breakfast, I ordered fresh squeezed apple juice which turned out to be the best apple juice I have ever drunk!

We visited in the winter. The weather is cold and the sun sets around 4 p.m. In such an environment, the people seem subdued, to say the least.

From the first moment that the Lord began to deal with us about Edinburgh, we saw the importance of following His plan and not man’s plan if we are going to be successful in these last days. So many people have such good ideas and thoughts about what the church must do to be successful. But only the churches that emphasize the full truth of God’s Word and humble cooperation with His Holy Spirit will be able to accomplish all that the Lord has planned for Edinburgh and beyond. Lets heed His call and be faithful to all of His wishes. We will see His highest and best plan in Edinburgh.