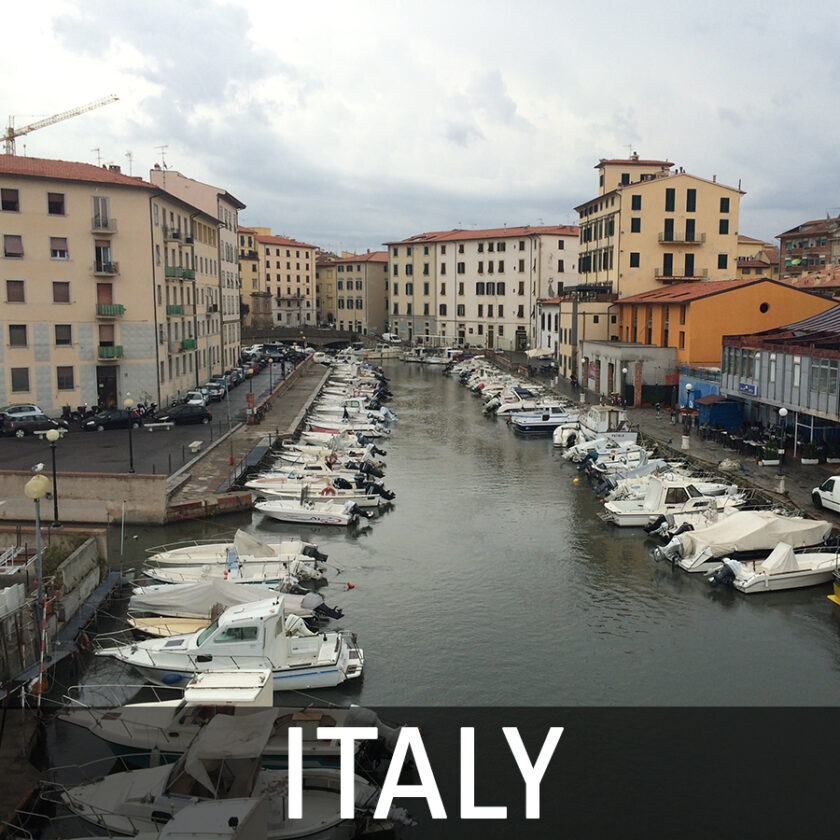 Livorno is the forgotten city in my opinion. It is a working man’s city. It has some history and beauty including noteworthy canals. It is, however, not a place I would recommend for tourism. It is slightly dirty and pales in comparison to its rival Pisa (and its “Leaning Tower”)  18 miles to the north.

Downtown, Livorno has an awesome traditional stall market next to outdoor clothing and fruit markets. Between these two outdoor markets is a famous donut bakery. Known locally as frati, I believe it is the best donut you will ever eat.

Livorno is well known as the epicenter of the Communist party in Italy. The best restaurant that I know of in Livorno is completely decorated in Communist décor. Of course there are churches in Livorno, but the sense when visiting or praying for Livorno is that it has been forgotten by preachers of the gospel. This city seems to have such a great need for the bright light of God’s Word and His Spirit.

One day, as I walked down the street of Livorno, Italy, my heart went out to an elderly, slightly special-needs man who was walking towards me. As I passed him, the Lord dealt with me to give him 50 euros ($60). This is a huge gift in Europe. When I was sure it was God, I removed a 50 euro bill from my wallet and retraced my steps towards this man. I gently and sweetly tried to get His attention. He was not responding so I spoke up a little louder. Finally he became agitated and started shouting in Italian. Obviously He did not want to be bothered. I turned around and walked away. As I returned the 50 euros to my wallet, the Lord ministered the following to my heart. “That is just like the devil. He harasses and harangues people all their lives so that when I approach them to do good, they expect the worst and won’t let me bless them.” The truth of the gospel of God’s love is the only solution to humanity’s need! You can make a great difference!

Rome is such a city of history. It has so many wonderful ruins from the Roman Empire like the Colosseum, Forum, and the Pantheon. I like to visit the jail cell where it is believed that the Apostle Paul wrote 2 Timothy and the church where God spoke to Martin Luther that “The just shall live by faith.”

Rome offers lots of good Italian food joints that serve great pizza and pasta. It also has many touristy places where the food is very disappointing. Ask a local to make a recommendation before choosing a restaurant.

Rome has many historic churches, most famously St. Peter’s at the Vatican. However modern day Romans are mostly uninterested in the things of God. Those who are religious usually attend churches where the truth of the gospel and the power of God are not made known. When discussing our work with a man we met in Rome, he told us we should get t-shirts that read “We are not Jehovah’s Witness” because many are turned off by their efforts.

This historic capital of Italy, where many Christians, including the Apostles Peter and Paul were martyred, needs churches with the true witness of God’s Word and His Spirit. Will you pray, support, or even do a mission trip in order to see God’s work done here?