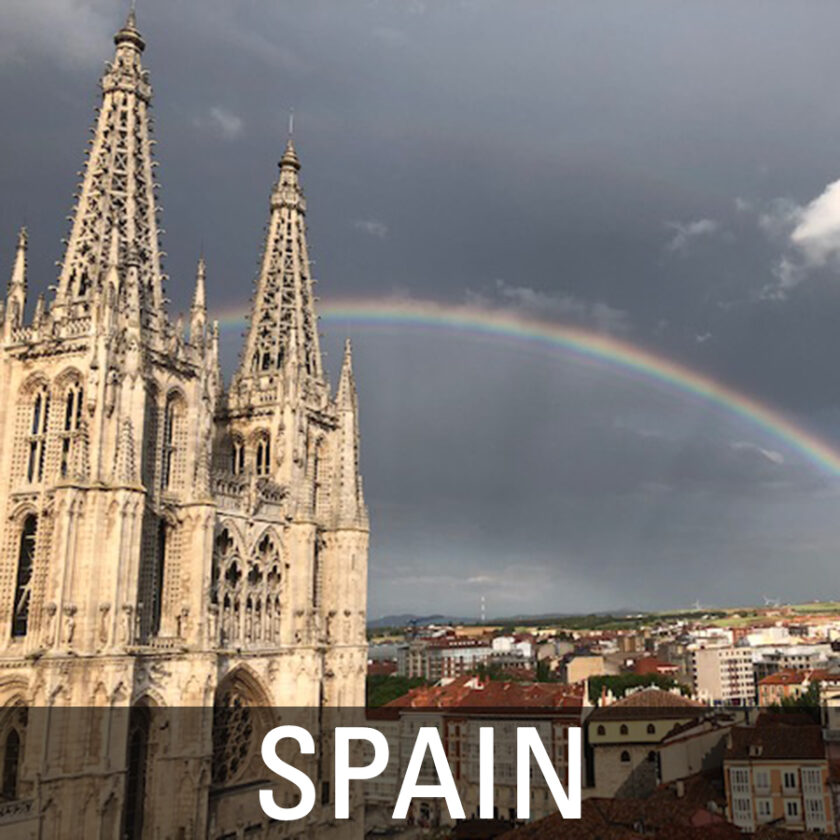 We have lived in Burgos for 6 years. The centerpiece of the old city is a beautiful French Gothic Cathedral which celebrates the 800th anniversary of its groundbreaking in 2021. Burgos also has an incredible amount of greenspace for a city. The rivers, Arlanzon and Vena run through Burgos and the banks of both rivers are parks. There is also a huge park around the castle and the Fuentes Blancas (White Springs) area of Burgos. One could spend endless hours on the trails of Burgos and never walk the same one twice!

Burgos is famous for its delicious suckling lamb dishes and Blood Sausage. It is very easy to get fresh poultry and seafood in one of its two traditional open stall markets. And you have never eaten great olives or olive oil until you have eaten them in Spain.

When I first came to Burgos, I almost constantly sensed the call of God to reach the city. I met a believing Catholic who ran a small charcuterie store. In the early years, he helped us get settled in the city. Later, a woman who ran a candy store got saved and was instrumental in helping us start the church.

We see a desperate need in Burgos, like in all the cities that we travel to, for a church that truly teaches people how to practice the Word of God and how to know and cooperate with the Holy Spirit. There are a lot of atheists, humanists, and unchurched people in Europe now. And while there are some good churches that teach at least part of the truth of God’s Word, we want to provide the people in these cities with the opportunity to walk with God in fullness through His Word and Spirit.

• Burgos was founded in 884 AD and became the capital of Castile (land of castles) in the 11th century.

• The city was founded by Diego Rodriguez, who had orders to promote the increase of the population of Christians.

• Its current population is approximately 180,000 people.

• Cultural Note: A medieval, Catholic pilgrimage route called The Way of Saint James brings 100,000 religious pilgrims through Burgos each year. It is quite easy to discuss God with these individuals who are excited to share about their religious hiking trip. (Hollywood has released a movie called “The Way”, starring Martin Sheen, that is set on this pilgrimage route.)